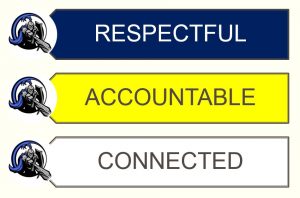 Click on this link and enter the school’s street address and zip code.

School background
Kennedy was opened in the fall of 1969, celebrating the 50 year anniversary in 2019. Students who live beyond two miles from the school are provided school bus transportation. Kennedy is one of the largest junior high schools in the district. Our student population is expected to stay the same during the next five years. In 2017-2018, Kennedy switched from a block-schedule of 4 periods per day to a FULL schedule of 7 periods each day, eliminating the block A/B days. Students at Kennedy are expected to follow the standardized dress code (uniform) that is approved by the Community Council every three years.

Kennedy has a computer network system that is accessed by every classroom in the building. The Media center is a central lab that can be used by all students for research, with access to online information and many other library systems. The school has a series of labs throughout the building designed to enhance the curriculum and nearly all classrooms have classroom sets of Chromebooks for student use. Each teacher is provided with a Surface Pro to be used in the classroom. Each classroom has a mounted projector, screen and dual microphones, one for the teacher and one that is available for student use.

Rooms are supplied with a backpack with various supplies and a first aid kit. Teachers escort students outside during fire drills and remain with their classes. An evacuation that involves leaving the building, will result in a gathering at the LDS church located just north of the Kennedy Jr. High. Parents will pick up students from the chapel at that location ONLY when instructed to do so. Communication is done through phone calls, email, text, web page, Facebook, Instagram and Twitter. Students are required to wear an ID badge, picture included, at all times for proof of identification. 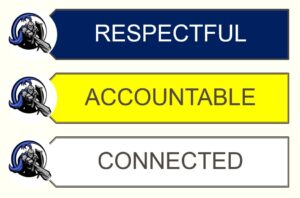